Many people have asked why I chose the Banyan Tree to represent my business and vision. There is a simple answer and a much more “deep rooted” (pardon the pun) one. The power and beauty of the Banyan tree, for me personally, is captivating. Ergo my simple answer…I was drawn to it at first sight. My much deeper appreciation for the tree came later in this life, with a greater understanding of it. It is through my study of the tree that I developed and grew the many “branches” (sorry I couldn’t resist) of love and appreciation for it.

My first encounter with the Banyan was in Maui, Hawaii 17 years ago; the first visit and start of a now 17 year tradition of a Maui family Christmas. With its 60 foot vertical reach and nearly two thirds of an acre horizontal spread, I was instantly engulfed in its magic. This particular Banyan was imported from India and planted in front of the Lahaina Courthouse in 1873 by William Owen Smith. Obviously these very specific details about this Banyan were unbeknownst to me at the time and frankly insignificant compared to its sheer beauty. There are a handful of must see/do’s I have established over my Christmas’ in Maui. I guess you could consider it my inception version of traditions… and I digress… Back to the subject matter, visiting the Banyan Tree market became one of those mini traditions for me. Each year I returned, somewhat expecting that the magnificence of the tree would slowly dwindle as I matured and began exploring many other places around the world. To my surprise, the beauty and my magnetism to the tree just continued to grow and strengthen. I began to seek out Banyan Trees in other parts of the world. I really did not do any research into what the tree symbolized or why I was drawn to it. At that point in my life, I had yet to really nourish my ceaseless questioning seed. Don’t get me wrong, it existed deep within me from the start of this life (my parents can attest to that), and I’m sure past lives, but as young as I was, so too was that green little seedling of questions.

Over time and across the years I began yearning for the forest, trees, and in particular The Banyan Tree. It was this inner pull that inspired me to start questioning why I was so enchanted by that tree specifically. It was nearing the time that I had commenced my schooling in Traditional Chinese Medicine and Acupuncture that I made some profound discoveries about the Banyan. As rich as the tree is in beauty and brilliance, so too is the history, wisdom, and even medicinal power of it. It became apparent to me that this tree of many branches and prop roots in its physical manifestation had just as many roots in its uses, symbolism and history. It was during my internship in Taiwan after completing my 3 year program in TCM that I began learning the powerful medicinal properties of the Banyan. I was guided by Dr. Guo, a beautiful man and brilliant TCM herbologist at Taipei City Hospital. He explained to me the different parts of the Banyan, from roots to bark to leaves and the varying uses in the TCM world. I was amazed to learn that this tree which I had loved for years for its utter splendor was a remedy for many ailments in a field of medicine I was now studying. From external uses for inflammation, urticaria, arthritic joints, bruising, and skin ulcers to cooling effects on the internal body, diabetes, and even dysentery, I was given a whole new appreciation for the tree for very different reasons than my original attraction to its physical appearance. Many parts of the tree are said to help in dental care, preventing gum disease and even used to make toothpaste and powders by companies in India.

And now to the history and story of the tree….the name Banyan is derived from ancient times where these trees were found around the area of the Persian Gulf. Merchants called Banias, from India, would camp in that area, under the shelter of the tree when visiting on business. This led to the naming The Banyan tree. One of the unique characteristics of the tree is that it often germinates in another tree and drops its roots downwards into the ground. Birds may drop a seed of the Banyan into the leaves of another tree and the Banyan will grow among that host tree, sending down long rope-like roots that gradually thicken, eventually embracing the original host tree.

This epiphytic characteristic is viewed by some as a holy union. The Banyan symbolizes elements of the cosmic sacrifice and eternal life or wisdom. As such, the host tree is considered a man, whose spirit is reaching up towards the source of life. The Vital Force within man moves towards the heavens within him, likened to the spiritual serpent entwining the caduceus and provides the seat in the brain where the seed of Wisdom can germinate. The conscious spirit of man flies up in willing sacrifice, knowing that its lower nature will eventually have to die. In this way, man becomes host to the earthbound Great Sacrifice which, once rooted, will provide a canopy of shade and shelter to multitudes of other struggling souls. Eventually, after the sacrificial tree or the wood of the earthy man is dead, there will be only the sacrifice left.

Historical Hindu texts portray the Banyan Tree as a protector and shelter and it is often under the Banyan that Gurus teach their pupils of eternal life and wisdom. Many of the Hindu faith call the tree kalpavrisksha “wish fulfilling tree”. It represents eternal life in its seemingly ever-expanding branches and growth. There is a term in Sanskrit, bahupada, meaning ‘one with many feet’ in which the Banyan tree embodies with its many downward prop roots. In the Bhagavad Gita, Krishna is said to rest on the leaf of the Banyan.

The Banyan tree is also viewed by Hindus as the male partner to the Bodhi tree, another popular and very mythical tree where it is said that Siddhartha Gautama, sitting under the Bo tree, achieved enlightenment, or Bodhi. It is for this reason, that these two trees are often planted near one another. Buddhist stories also tell of the Banyan Tree and many married women will visit The Banyan to pray for the long life of their husbands.

In Hong Kong there is a very popular shrine called the Lam Tsuen Wishing Trees, built during the Qing Dynasty (1644-1912). It is here, during the Lunar New Year celebrations that many would visit the Banyan Trees, burning joss sticks and writing their wishes on joss paper to hang from the tree branches. If their paper stuck, their wish would come true. This tradition ended a few years back after a branch fell and injured some of the participants. Now, wooden racks are used to replace the tradition and the Banyan Trees are well preserved.

In the Philippines, the Banyan is host to spirits and demonic creatures. Children are taught never to point at a Banyan to avoid angering any spirits residing in it. They are told to whisper words of respect to avoid harm, illness, suffering and death. (**NO, I did not discover this myth before naming my business, but, readers beware…utter only words of kindness towards Banyan Tree Health Inc. ;)**)

Last but certainly not least, my personal story of the Banyan Tree in relation to TCM, and holistic medicine. As is true with the Banyan Tree, an intricate and extensive network of prop roots is necessary to sustain life. I truly believe the same goes for humans and all other “earthling” forms of life to maintain health, wellness and ultimately life. These expansive prop roots include but are not limited to, physical, emotional, intellectual and spiritual aspects. There is an ancient Indian proverb that says, “everyone is a house with four rooms, a physical, a mental, an emotional and a spiritual. Most of us tend to live in one room most of the time but, unless we go into every room every day, even if only to keep it aired, we are not a complete person.” I believe that the root of many ailments is caused by spending too much time in one room or no time in another. The Banyan Tree provides many roots covering, sheltering and nourishing all of our “rooms”. My ultimate vision is to grow Banyan Tree Health to cover a seemingly ever-expanding network of health and wellness for all. The Banyan Tree will expand as far as the eye can see and shelter and foster the community around it. This is why I chose the Banyan Tree to symbolize my vision and I know it is up to the task. If you are reading this, I hope you know and now feel that you are already being nurtured and protected by the Banyan Tree.

Acupuncture & fertility: a journey of empowerment and discovery

Yog-Acu: The Ubiquitous Down Dog from a TCM Perspective

AcuYin: Integrating disciplines to cultivate a deeper sense of wellbeing

The Power Polarity of Tadasana: A fine balance of Yin and Yang 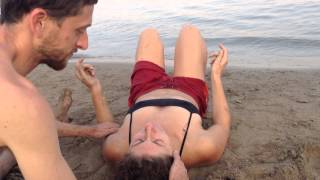